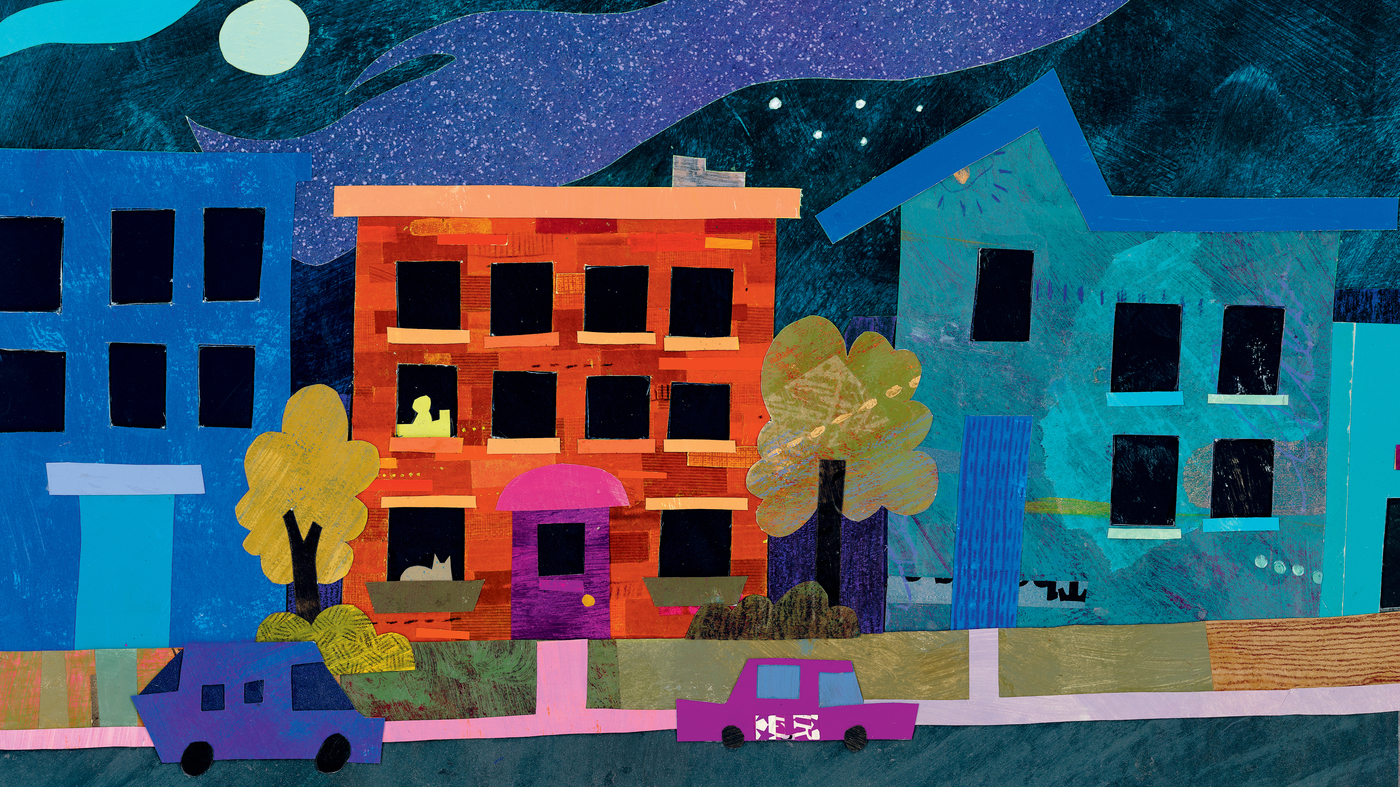 Author Anne Wynter says she based her first children’s book on her own experience of living in the city, listening to a child sing Jingle Bells through walls or laughing with a neighbor watching Parks and recreation on TV.

“There are so many interesting things going on in the apartments,” says Wynter. “And so, I just decided to try and write a book where the apartment building featured prominently.”

Everyone in the Red Brick Building is a cumulative story – like The house that Jack built Where There was an old lady who swallowed a fly – it is first built in a cacophony of loud sounds.

And then, as the residents of the building are lulled to sleep by the sounds of the city, it turns into a cacophony of quiet sounds again.

Anne Wynter and illustrator Oge Mora say one of the best parts of this book was reading it aloud and perfecting their parrot sounds. “I watched a lot of parrot videos,” Wynter says. “I feel like the more I read it, the stronger I maybe, the more exaggerated I am.”

“It’s really interesting to see each reader approach in particular,” says Mora, who adds that she also experienced tapping the floor while reading “Pitter Patter STOMP!”

Everyone in the Red Brick Building

Oge Mora illustrated Everyone in the Red Brick Building with the art of collage. There are wallpapers and old pieces of books. Mora even scanned a bathroom tile and used it to make a striped shirt for one of the children in the book.

“That’s really what I love about collage,” she says. “There are no rules. And it really gives you room to play and incorporate a lot of different materials and styles.”

Each room in the book has its own color: Baby Izzie’s bedroom is pink, Rayhan’s is green, Natalia’s is yellow.

Wynter and Mora did not collaborate one-on-one for this book. Wynter, who is also a playwright, says she was happy to write the text and then hand it over to Mora.

“I had no idea what the illustrations would look like,” she says. “I imagined real people doing this. I imagined it as if I was writing a play … And then it’s wonderful to be so pleasantly surprised at the end of the process when you say to yourself, c ‘is more than I could have ever, ever imagined in my mind. ”

Mora, who is also an author (his first picture book Thanks Omu! was a Caldecott Honor book), says she enjoys illustrating authored books that give her the creative freedom to play. “Even though we didn’t know each other, I always felt like we were on the same page,” she says.

At the end of the book, Baby Izzie falls back to sleep in his mother’s arms, listening:

from his heart. Wynter and Mora both say it’s their favorite page.

“I was having a lot of trouble with this page,” says Mora. His illustrations are generally simpler, on the cartoonish side, and it was difficult to convey the heartfelt moment at the end of this story. Until one day leafing through photos on her phone, Mora found one of her sisters holding her new nephew, Chiji (who she said would love this book), and it became her inspiration.

“It was interesting to collect or work on this book during the pandemic, and being so far away from my own family and the things that keep me whole and keep me really motivated,” Mora said. Everyone in the Red Brick Building reminded her of that same kind of community, she says, “how special these times we have together are.”

Wynter says the last page is her favorite because she too has seen her family on the page. When she wrote it, her daughter was about the same age as Baby Izzie.

“I didn’t know what each of these groups of people would look like. And so get to that part and see a black mother with her black child… I love it. It meant so much to me.”

She says she hopes this book will give comfort to both the children and the parents who read it.

“That’s what I always look for in picture books,” she says. “You want to feel that sense of well-being. Even though we’re all awake in the middle of the night and I’m tired, we’ll go back to sleep, get some rest and we’ll be fine.”