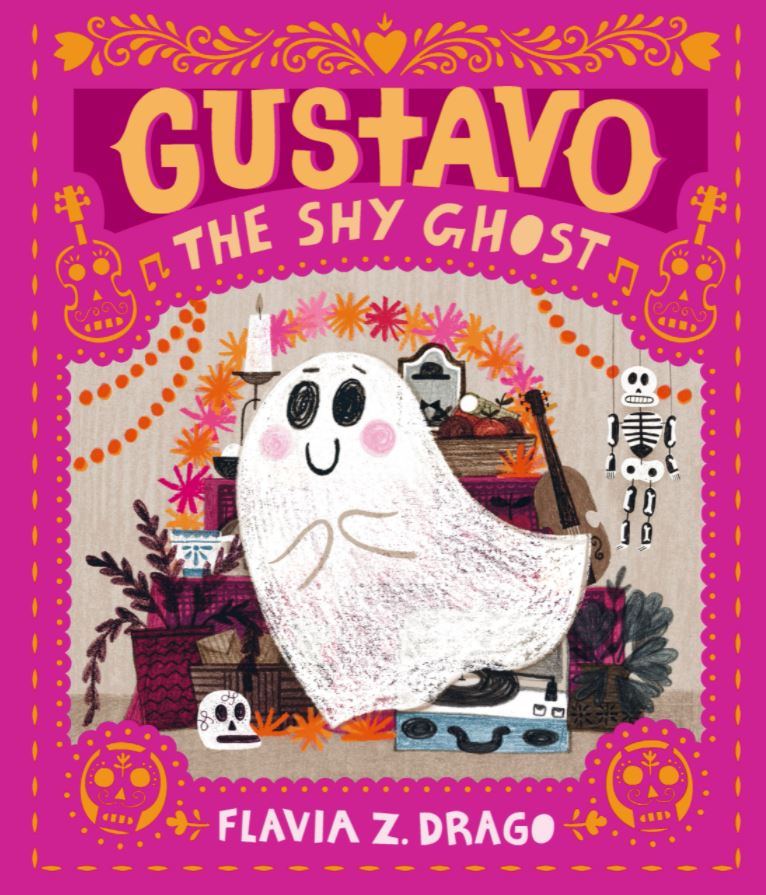 Flavia Z Drago won the Klaus Flugge Prize of £ 5,000 (A $ 9,400) for Most Promising Newcomer in Children’s Picture Book Illustration for Gustavo the shy ghost (Books of walkers).

The book is about a little ghost who, despite his shyness, is invisible to other monsters, eventually finds a way to make friends. Born and raised in Mexico City, Drago draws inspiration for the book from the Mexican Day of the Dead lore, as well as other influences, including horror films and books, and the music of the Smiths.

Gustavo the shy ghost is described by award judge and 2020 Klaus Flugge Award winner Eva Eland as “a powerful and universal story” that retains “a lightness and playful touch that will appeal to many little children”.

“There is so much to admire and enjoy in Flavia’s book,” Eland said. “From the carefully selected color palette of muted tones combined with vivid orange and pink, to the myriad of little details in the illustrations and its endearing and fun characters. Flavia has great control over many facets of illustration and storytelling, including rhythm, color and a strong sense of design. She also has great drawing skills.

The Klaus Flugge Prize, named in honor of the founder of UK children’s book publisher Andersen Press, was released to the press in 2016 to recognize picture books by junior illustrators. For more information on the price, see the website.