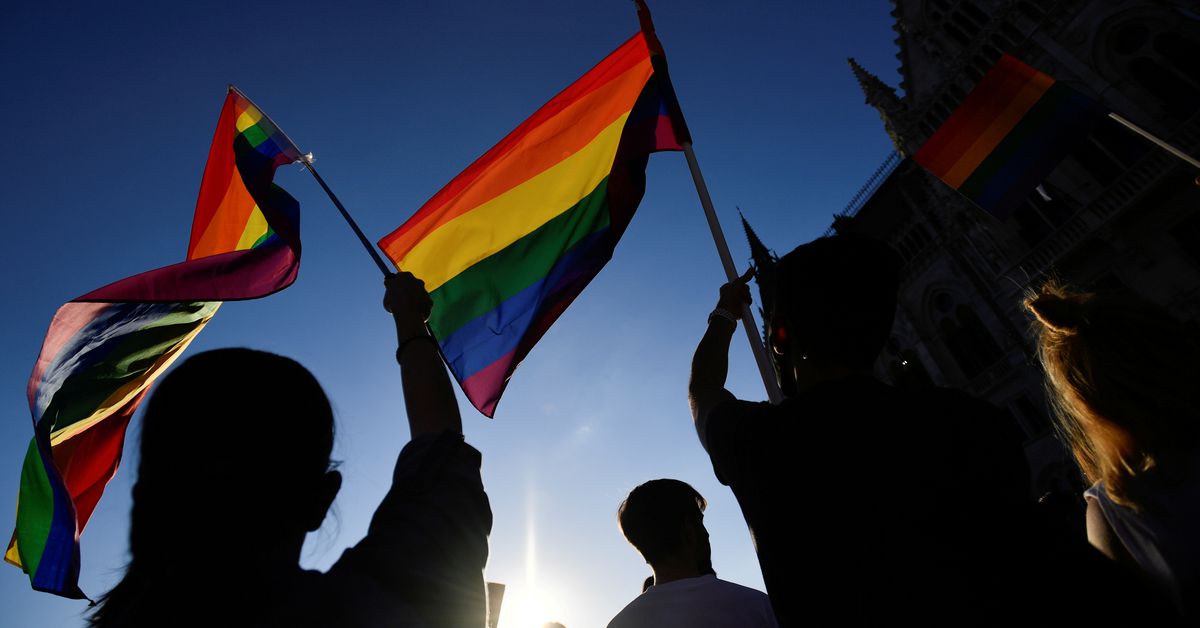 The decree also included books considered to promote gender change and contain “explicit” representations of sexuality. He asked stores to sell them separately and banned all sales within 200 meters of a school or church.

The ordinance is the first of what is expected to be a series of guidelines outlining the implications of a law passed in June banning the use of material believed to promote homosexuality and gender reassignment in schools. Read more

The European Commission has launched a lawsuit against Orban’s nationalist government over the legislation, claiming it is discriminatory and contravenes European values â€‹â€‹of tolerance and individual freedom. Read more

Orban, in power since 2010 and facing a tough election next year, has become increasingly radical on social policy in a self-proclaimed crusade to protect what he says are the traditional Christian values â€‹â€‹of Western liberalism.

In July, Hungary fined the distributor of a children’s book about same-sex â€œrainbow familiesâ€ under a law banning unfair trading practices. Read more

Orban’s government says the new law aims to protect children and leave it up to parents to educate them about sexuality.

The European Commission lawsuit against Hungary and a separate measure against Poland are the latest salute in a culture clash between Brussels and some of the new EU members in Eastern Europe on a range of fundamental issues, including the rule of law and freedom of the press.

Reporting by Krisztina Than; Editing by Andrew Heavens

The Fiji Times » Over 10% of children left unsupervised