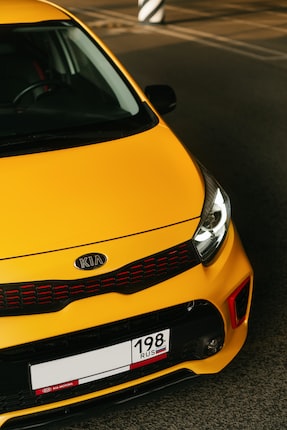 August 11, 2021 – Millions of working Americans are caught in the vicious cycle of debt as a result of resorting to payday loans and paying expensive overdraft fees to pay their bills on time and make ends meet. However, according to new research from the Aite-Novarica group, having access to your salary as you earn it can eliminate those crippling financial options for surviving paycheck to paycheck for an overwhelming majority of people. who are blocked using these predatory financial services. the research* confirms that DailyPay and its proprietary pay-on-demand approach (sometimes referred to as access to earned pay), giving employees 100% immediate access to their funds easily and reliably, is a remarkably effective solution to expensive financial alternatives such as loans. payday, overdraft fees, late fees etc. Research also shows that DailyPay can stop relying on regular borrowing from friends to make ends meet, reduce financial stress, and improve overall financial well-being. Aite-Novarica has found that using DailyPay improves workers’ bottom lines for a substantial majority of users. More than eight in 10 respondents (82%) who access their DailyPay BalanceTM on demand said they cared less about money since starting the program, and 75% said they are in. able to better budget and plan with the ability to access their income on demand. And those numbers are generally valid for those who use pay-on-demand more frequently, including those who use higher percentages of their pay before payday, according to the survey results. “Survey respondents were using expensive and arguably inferior alternatives before accessing DailyPay,” said Leslie Parrish, senior analyst at Aite-Norvarica. “These consumers feel much more in control of their finances after using DailyPay.” The main findings of the research report are as follows:

“This data is transformational and supports a very important conclusion – DailyPay is helping American workers stay out of debt,” said Mattew Kopko, vice president of public policy, DailyPay. “Thanks to DailyPay, 4 in 5 payday or overdraft loan users are freed from the debt cycle, with most of the remaining 20% ​​enjoying substantial financial benefits. People are clearly saying that they need this simple and reliable service to make ends meet. For a more detailed overview of the study, please see http://www.dailypay.com/aite-report.

* Industry leader DailyPay has partnered with Aite-Novarica Group, a well-respected financial research and advisory firm that focuses on financial matters, to independently conduct research on its base of paying customers on demand.

Aite Novarica’s online survey of 1,114 DailyPay customers was conducted in May 2021. 95% confidence interval with 3 point margin of error

About DailyPay: DailyPay, powered by its cutting edge technology platform, is on a mission to create a new financial system. In partnership with America’s top employers, including Dollar Tree, Berkshire Hathaway and Adecco, DailyPay is the benchmark for pay-on-demand. With its massive data network, proprietary funding model, and connections to over 6,000 banking system endpoints, DailyPay ensures that money is always in the right place at the right time for employers, merchants. and financial institutions. DailyPay develops the technology and mindset to reinvent the way money flows, from the start of work. DailyPay is headquartered in New York and its operations are based in Minneapolis. For more information, visit www.dailypay.com/press. About Aite-Novarica Group: Aite-Novarica Group is a consulting firm providing essential information on technology, regulations, strategy and operations to hundreds of banks, insurers, payment providers and investment firms. , as well as technology and service providers. who support them. Comprised of former senior technology, strategy and operations executives as well as experienced researchers and consultants, our experts provide practical advice to our clients, leveraging the in-depth knowledge developed through our extensive network of clients and others. industry contacts. Visit us on the web and connect with us on Twitter and LinkedIn.