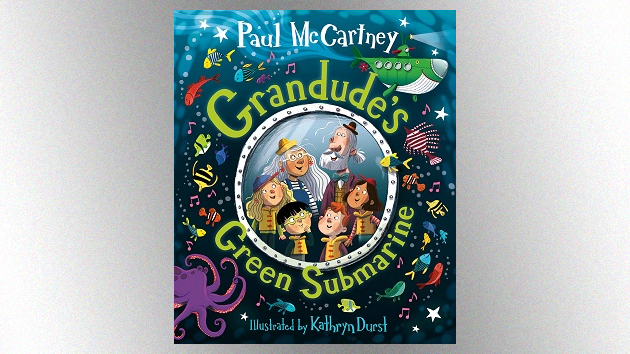 Paul McCartney discusses a new children’s book, “Grandude’s Green Submarine”, and why he loves being a grandfather

With Grandude green submarine, Following Paul McCartneyBest-selling illustrated children’s book of 2019 Hey Grandude!, which will be published soon, the old Beatles legend participated in a Q&A with fans about the project which was posted on its official website.

As previously reported, the new book chronicles the new adventures of Grandude, a magical grandfather who takes his four grandchildren – whom he calls his “chillers” – on a journey in his new invention, a green submarine, to find children’s music. loving grandmother, Nandude.

When asked how he enjoys being a grandparent, Sir Paul says he loves it, noting: “Every [grandkid] has a different personality, and they constantly entertain and surprise me.

Another fan asked why the sub in the book wasn’t yellow, like the one in the famous 1966 Beatles song and the 1968 animated film inspired by the song.

As for what he loved most about writing the book, the 79-year-old rock legend says, “I just love the process that lets my imagination run wild. After writing all my crazy ideas, it’s up to the editors and the illustrator Catherine durst to bring everything to life.

When asked why he decided to write a sequel to Hey Grandude!, says McCartney: “Writing the adventures of Grandude is something I love, so it made sense to go on and write more about her story.”

Grandude green submarine releases October 5 in the United States and this Thursday, September 30 in the United Kingdom. You can pre-order the book now.