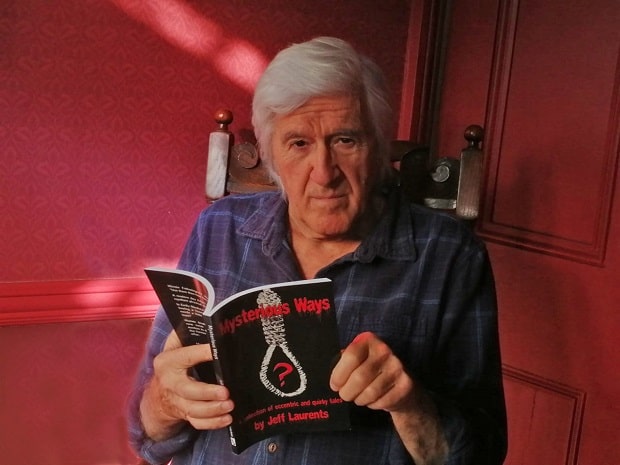 A retired photographer, artist and teacher from Ramsgate has published a dark short story book.

Jeff Laurents, who lives in Ramsgate with his partner Polly, wrote the Mysterious Ways tales about 12 years ago “in a burst of creativity”, but did not publish them until he saw a request. from short stories to Bridge House books.

Jeff, 80, has 13 horror / fantasy tales in the book and describes them as ‘macabre’ and ‘quirky’.

Jeff is primarily known as a photographer and artist creating calendars, cards, prints and puzzles from iconic Kent scenes, which are then often transformed from photo to image with painted quality.

Jeff studied economics at the University of Manchester and later taught in higher education in subjects such as English, history, film and photography.

He studied film at the British Film Institute and earned a degree in photography, using his camera skills at the London College of Fashion. He was also a singer and ran a music studio.

Retiring at 57 meant Jeff could pursue the things he loved – photography and writing.

He said: “I had written the 13 stories and a novel. I submitted the novel to the agents but not the news.

“Then I was busy developing the photography industry. But I came across Bridge House Publishing and they were looking for short stories. I submitted one called Tongue Twister and it was released in a collection.

“They then contacted me and asked if I had enough stories for a complete book. I was 13 so I sent them. It took about 18 months but the book was published. I am now thinking of sending my novel The Music of the Sphere, but I want to make some changes to update it.

Jeff now hopes to write two more novels as sequel and his short story, The Backward Kid, is also being considered for publication.

Jeff, who will soon be moving to Woodnesborough, says he is influenced by writers such as Roald Dahl, Clive Barker, Stephen King and HP Lovecraft.

Find out more about Jeff and his photography at www.jefflaurentsphotography.co.uk

Surrey author with ME writes children’s book with important message