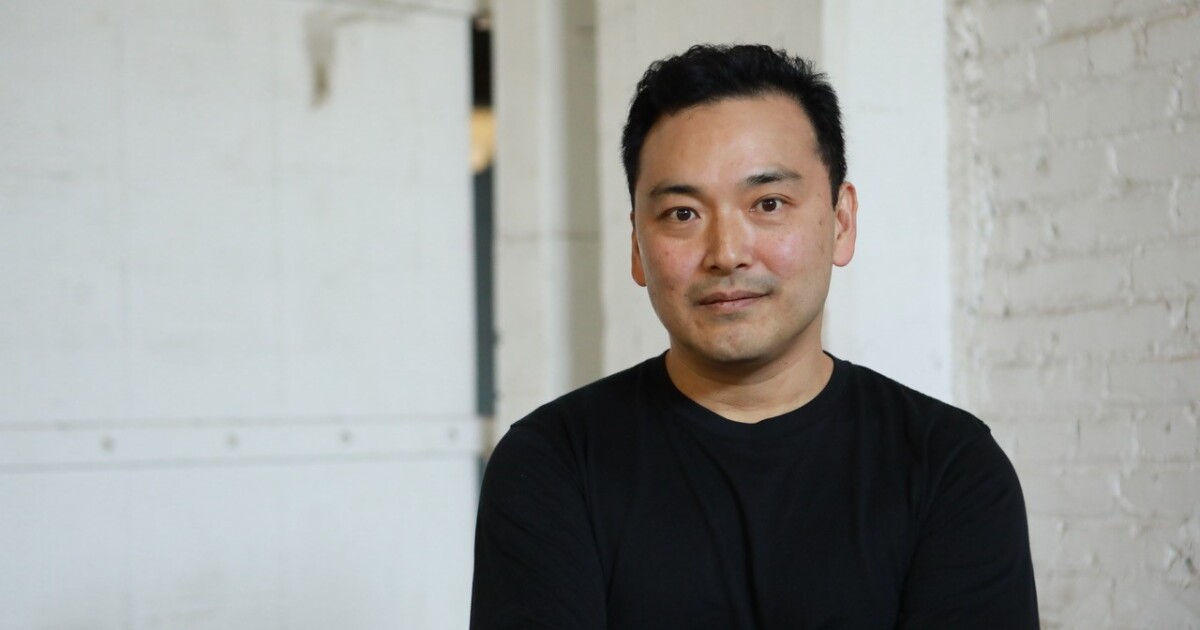 Review: ‘City of Orange’ by David Yoon, novel of spirit, of dread

If you purchase linked books from our site, The Times may earn a commission of Librairie.orgwhose fees support independent bookstores.

Imagine waking up with a head injury, with no memory of who you are or where you are, but instead with a pervasive sense of dread. What would you do? What questions would you ask? Perhaps more importantly, how afraid would you be to discover the answers? This is the situation faced by the anonymous protagonist of “City of Orange», the second novel for adults by David Yoon.

While Yoon’s best-selling young adult books were romances full of teenage hijinks, her first adult novel, “zero version“, was a fast-paced thriller about a ragtag group trying to bring down the internet. “City of Orange” is also concerned with a kind of collapse – civilization as we know it – but unlike its other books, the new novel focuses on the internal experience of a man waking up at the end of the world.

The unfortunate protagonist (unnamed for the reader and himself) begins with an inventory of what little he knows: he is alive – although later he will wonder about it – and he is a man, and he lives in California. He knows he should check the back of his head for signs of trauma. His senses all seem to be working. It sits in a concrete channel that appears to be a dried-up man-made river. He thinks his name starts with an A. What he knows very clearly is that the world is over: “He doesn’t remember any details. All he knows is that all of it – the companies, the schools and the money – was done with it. Erased, like his memory.

The first quarter of the book concerns the protagonist’s slow ascent through the hierarchy of needs, beginning with meticulous attempts to stay safe and alive. He finds out how to open a tap in the concrete channel. He finds a shelter left by someone else. He timidly begins to explore what might lie outside the channel, but is quickly spooked when his first foray results in the discovery of a corpse and his own near-death experience.

Yoon manages to imbue these small activities with a dramatic tension that works in two very different ways. First, there is the horror of recognizing imminent existential threats: death, if he cannot find water and food, but also the almost unimaginable fact that everything he loves and knows is gone and never, already to come back. Second, and quite unexpectedly, the sequences are sprinkled with gallows humor. When he finds a bottle opener and tries to use it to open the tap, he thinks of how “thousands of years from now, his preserved skeleton will be on display in a museum suspended by invisible force fields. They’ll totally have force fields by then. In his bony hand will rest a primitive artifact of uncertain purpose.”

Intertwined with the struggles of the protagonist, memories begin to emerge spontaneously. He suddenly knows he has, or had, a wife and child, and a best friend. But where he increasingly remembers his friend Byron – an amateur survivalist whom the protagonist remembers much earlier than his own – his wife’s face continues to blank out. It sounds like self-preservation: he can’t bear to remember too much of her or her child or the world as it once was, before the apocalypse, before the collapse of civilization that s is produced… how?

The question feeds into much of what follows. The novel is divided into six parts and, curiously, the title page preceding “Part I: The Survivor” reads “California, AD 2010”. What are we dealing with here, readers might ask – an alternate history? A version of purgatory or hell? A simulated reality? Is 2010 the last year the protagonist remembers? Slowly he begins to ask himself the same questions: maybe he is in some kind of puzzle and there are right and wrong ways to behave inside of it; maybe God is testing him; or maybe he just goes crazy, talks to crows and a god he’s not even sure he believes in.

Unlike most survival or apocalypse novels, Yoon’s protagonist is able to tap into the pop culture of our world. This puts “City of Orange” in league with genre parodies like the “Scream” franchise or “Zombieland”, which play with their characters’ prior knowledge of the genre they’re participating in. The levity of “City of Orange” often stems from both subtle and overt references to narrative tropes of survival, including shoutouts to Tom Hanks’ film “Cast Away” and Daniel Defoe’s “Robinson Crusoe.” But Yoon’s novel is not a parody; the survivor’s panic is too palpable for that.

The novel’s first major turning point comes when he meets an old man whose communication skills are limited; he seems able to say only the word “berries”. Here, at least, in the absence of real answers, there is proof that there are more humans out there. The second major turning point is the appearance of a curious boy. To say more would spoil the novel terribly.

Although the protagonist’s most painful memories are of his wife and daughter, whom he assumes he will never see again, I confess that I was even more drawn to his friendship with Byron, in part for the description by Yoon of relaxed intimacy between two straight men. Once camping, the protagonist recalls, Byron intended to teach him “about local flora and fauna, what’s edible, what’s poisonous, what’s good for wounds and the like” – a business that keeps falling apart because Byron’s prospective student doesn’t take him seriously at all. The scene hilariously ends when it becomes clear that they are not in some remote wilderness but rather in Griffith Park, and Byron worries that the car they parked on the street a hundred paces away will receive a ticket.

“The City of Orange” is a quick read, and Yoon’s ability to lighten the mood keeps it from becoming as formidable as some doomsday novels can be. While there’s a big twist that some readers will see coming, the novel works partly because obfuscating that twist isn’t the book’s primary concern. That honor belongs to the eternal question, relevant to both the apocalypse and daily life, of how we are supposed to carry on when life seems impossible in the face of all that has been lost.

Masad is a book and culture critic and author of “All My Mother’s Lovers”.

The author of Sun Lakes writes a Parisian romance novel