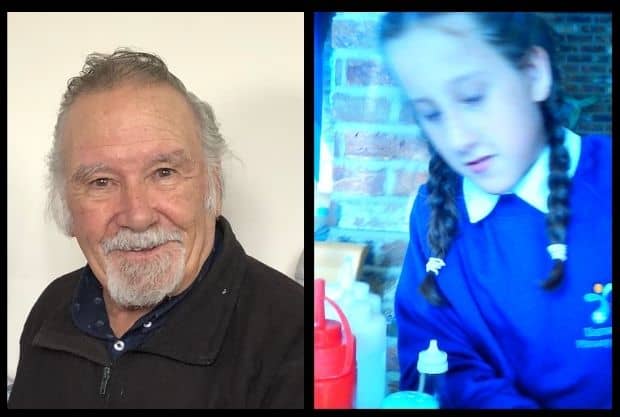 A local historian and a 10-year-old Ramsgate schoolgirl have teamed up to produce a storybook.

Alfred Beeching, who has written numerous local and family history books and articles, and Scarlet, a student of Dame Janet, created The Magic Donut storybook.

Alfred, 83, lives in Ramsgate and is a longtime volunteer at Margate Local Studies, which involves local and family history counseling. He has also written local history books, including three WWI volumes about people who served locally and who may have died and six WWII volumes as well as a number of local books. .

He said, “The concept for this book came through what I believe called a ‘stirred toy’, which was a very small rubber donut-shaped object. Scarlet has some learning issues and she asked if we could make a story about a donut and some ideas she formed were the basis of the book.

“Through our mutual friendship, we have created a little book that is pure fantasy. It’s called “The Magic Donut”. It is over 2,000 words long with all images and color photographs.

“After receiving the book from Dox Direct of Slough as usual, I was more than happy with the final product and its production cost. “

Scarlet and Alfred have now also produced a brief history of the Dame Janet School.