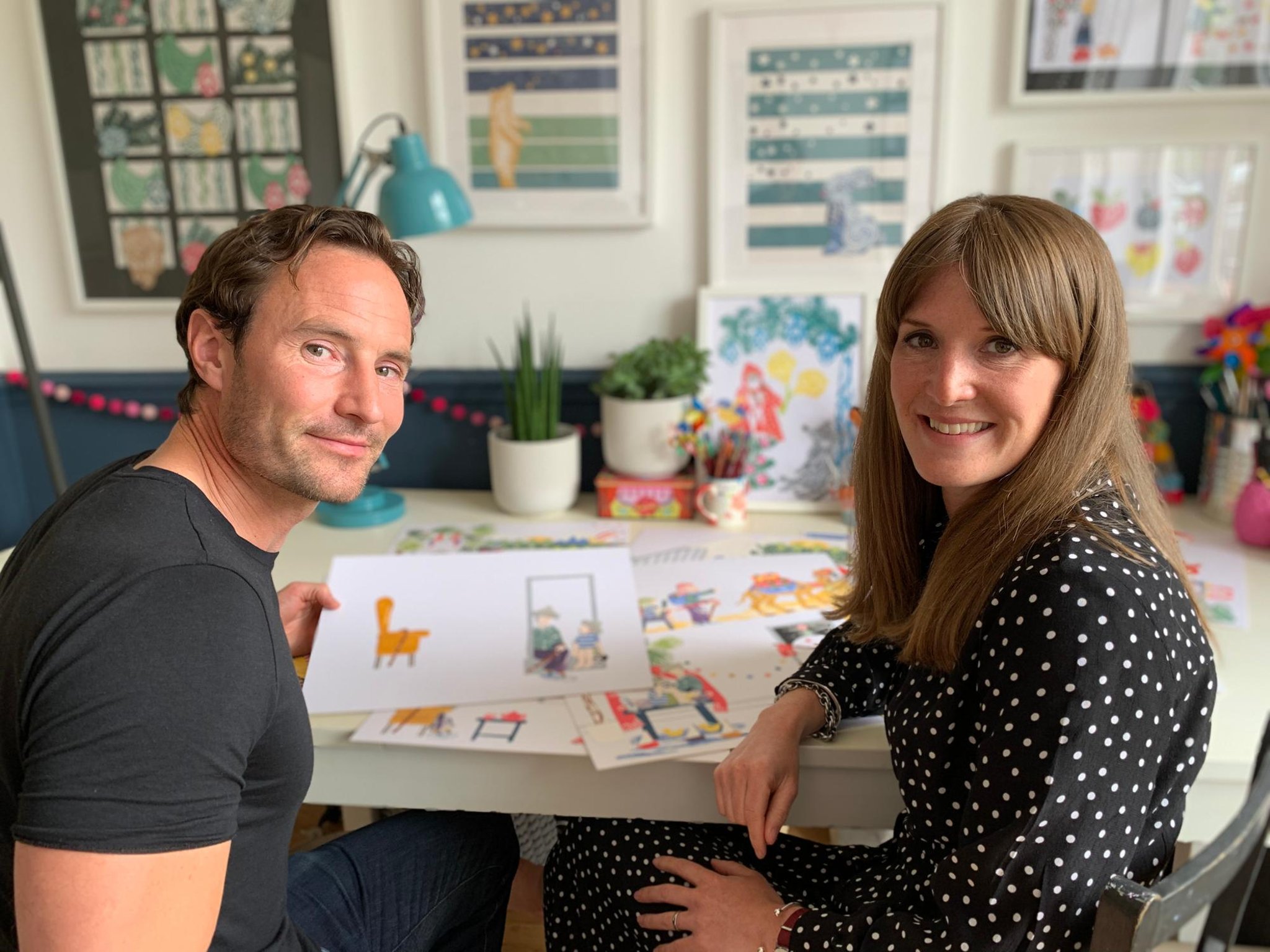 Joe Moorwood talks about his children’s picture book The Outside Is Inside. He could also talk about his job as a firefighter. Joe doesn’t compare the roles but both are part of his big picture.

The 43-year-old father of two, who lives in Brincliffe, Sheffield, is a Chesterfield-based firefighter. He is also a three times published writer.

Joe is clear on what his career is.

Register now to our daily newsletter

The newsletter i cut through the noise

“Writing is something that I try my hand at, in the hope that other people will want to read it,” he says. “I love my job as a firefighter, it’s so varied and contrasting to work day and night. I like the extremes of work.

“You go into intense situations and they stay in your mind. I find the idea of ​​a predictable career soul destroying. I can’t imagine a job from 9 p.m. to 5 p.m., I did and wouldn’t want to go back.

“In the fire department, you retire at 60 and I want to continue as long as possible. Of course, you have to keep in shape!

His latest writing essay was released this month, and The Outside Is Inside features a young boy who has doubts when his elderly grandfather moves in, but worry turns to wonder after learning a magical secret. Their adventure is a heartwarming story of love, loss and the power of the imagination.

The story’s themes are layered, insightful, and positive – delivering an upbeat message about love and connection.

This is a family affair, featuring artwork by Sister Anna Stephenson, 42, a former Grenoside Primary School teacher and was ‘Highly Commended’ by Roger McGough in the 2020 Caterpillar Poetry Prize.

Siblings Joe and Anna have collaborated throughout several lockdowns and other Covid restrictions to make their dream of producing a children’s picture book a reality. Dog walks, zoom calls, and two-meter conversations on picnic tables were all used to marry Anna’s pictures with Joe’s words.

The couple grew up in Fulwood, where they shared a magical childhood. Joe said: “Anna and I were fortunate to have a childhood filled with make-up stories, games and imaginary adventures, whether with our grandparents, parents, siblings or friends.”

An illustration from the book The Outside Is Inside

He believes the power of the imagination has never been more important for children, whose lives may have been affected by the pandemic and are often dominated by screens. The story also touches on topical themes like intergenerational connection, love, and loss.

“I didn’t consciously try to solve a particular problem,” says Joe. “The book began as a stand-alone poem, written just before everyone’s lives changed so drastically in early 2020. As the world entered lockdown, the messages and ideas woven into the poem suddenly felt more relevant. than ever.

“It was then that I shared the story with Anna, who was immediately moved and inspired to create the illustrations, in the hopes of one day finding a publisher.”

The book also celebrates the involvement of grandparents in helping with the education of children – now a possibility for millions of families again, after a long and painful period of separation – and, finally, deals with the bereavement of accessible and reassuring way.

An illustration from the book The Outside Is Inside

The Outside Is Inside is dedicated to mum Janet after her death earlier in the year following a brief battle with cancer.

Anna said: “It has been a difficult year for the whole family after the devastating loss of our inspiring mother. Especially having to take a social distance knowing the little precious time we have left together.

“The book has proven to be a positive distraction at a very difficult time in our lives. We did an audio animation to go with her, so it was good that she could watch and listen to the story. There was never the slightest doubt about who we should dedicate it to.

Joe added, “She was diagnosed last summer and initially we thought we might be a few years old but it wasn’t. She passed away a few days before her birthday, but she heard the audio and it’s a special and magical last memory.

Joe has already written two popular books on Yorkshire. His first book The Yorkshire Meaning of Liff was published with support from Blackadder and QI producer John Lloyd. They connected because the Outwood family were fans of The Meaning Of Liff which Lloyd wrote with Douglas Adams.

Liffs are comedic definitions of place names that Joe and the family made like a family game.

Joe was informed of a radio call for contributions to The Meaning Of Liff at age 30. Lloyd loved his manuscript and they have corresponded ever since. Along with Joe’s other book, Yorkshire Wisdom, he’s already sold over 10,000 copies.

It helps to have a connection like John Lloyd.

“He called me to ask me to use some of my definitions and agreed to help me find a publisher. I used his title and branding he wrote in front and got published. I needed a little luck and I was lucky to have it.

Joe had also been tenacious not to give up on the idea and worked hard on the material, qualities that helped his latest work win praise from Lloyd who described it as “absolutely ageless work”.

Professionals appreciate it too. Fiona Ainsworth, a child psychotherapist and friend of Anna, saw a draft of the book during a visit one day.

She said: “I was blown away when Anna showed me the story. It couldn’t be better as it encourages kids, parents and grandparents to play together and use their imaginations, which costs nothing and can help families bond and have fun regardless. circumstances. Imaginative play is crucial for a child’s development on many levels.

“For a child, losing a grandparent, due to Covid or for any other reason, is always a difficult event for them and for any parent to manage. Reading a book together that briefly discusses loss can be a healthy way to start broaching such a difficult subject. Especially when the script and the tone of the book are extremely inspiring and festive. The book also has great potential for use in educational contexts and will undoubtedly appeal to adults and children alike.

Joe’s boys, Max, five, and Noah, 10, proved to be useful audiences for the book. “They liked the book at first, but we’ve probably read it too many times now. It was a good way to raise relevant topics.

And family ties continue to forge for Joe, who was born in Fulwood and attended school in Nether Green and Tapton. His brother John is also a published author – The Magic of Fishing, John’s first book, tells how his hobby helped him deal with the layoff.

He’s wearing a Sister Anna blanket and daddy, Rowan’s pencil sketches. Joe’s brother Sam also wrote books. “We grew up in a creative environment, our parents were inspiring, they helped nurture that side of us,” says Joe.

For more information on The Outside Is Inside and to order a copy, visit the book’s website https://www.theoutsideisinside.co.uk/ and enjoy audio animation of the book. The Outside is Inside is available in all good bookstores, call 01274 735056 or visit www.ypbookoffer.co.uk